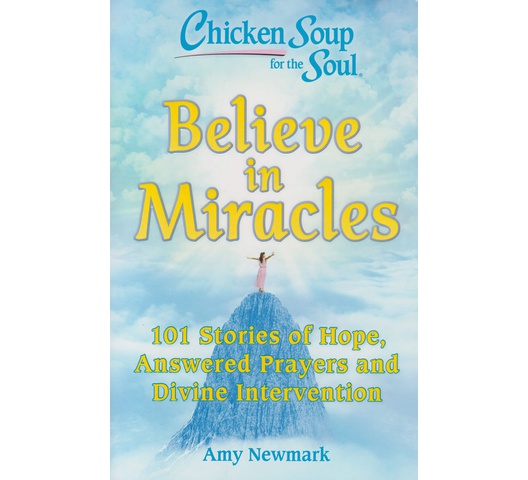 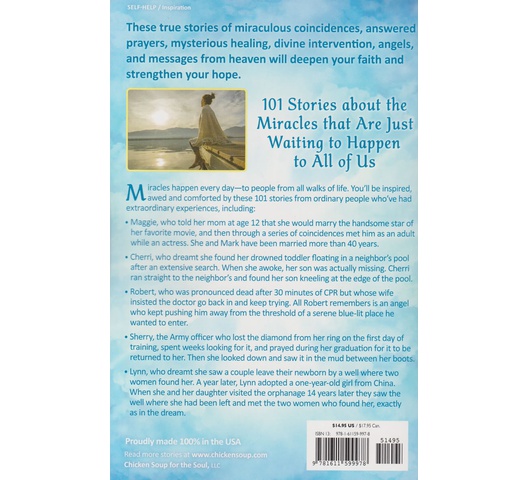 Miracles happen every dayâ€”to people from all walks of life. Youâ€™ll be inspired, awed and comforted by these 101 stories from ordinary people whoâ€™ve had extraordinary experiences, including:
Maggie, who told her mom at age 12 that she would marry the handsome star of her favorite movie, and then through a series of coincidences met him as an adult while an actress. She and Mark have been married more than 40 years.
Cherri, who dreamt she found her drowned toddler floating in a neighborâ€™s pool after an extensive search. When she awoke, her son was actually missing. Cherri ran straight to the neighborâ€™s and found her son kneeling at the edge of the pool.
Robert, who was pronounced dead after 30 minutes of CPR but whose wife insisted the doctor go back in and keep trying. All Robert remembers is an angel who kept pushing him away from the threshold of a serene blue-lit place he wanted to enter.
Sherry, the Army officer who lost the diamond from her ring on the first day of training, spent weeks looking for it, and prayed during her graduation for it to be returned to her. Then she looked down and saw it in the mud between her boots.
Lynn, who dreamt she saw a couple leave their newborn by a well where two women found her. A year later, Lynn adopted a one-year-old girl from China. When she and her daughter visited the orphanage 14 years later they saw the well where she had been left and met the two women who found her, exactly as in the dream.