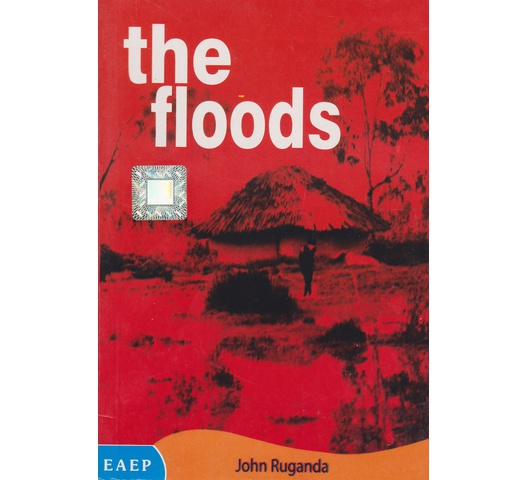 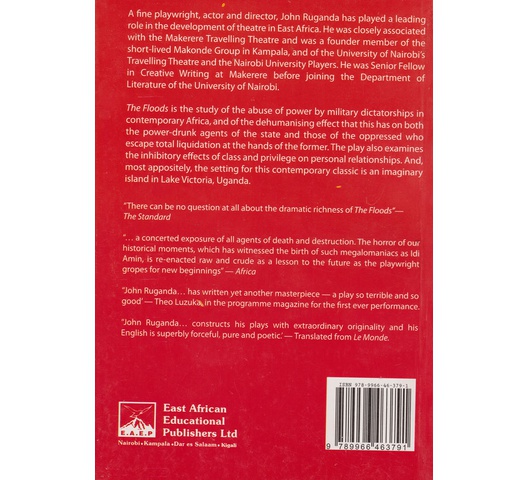 A fine playwright, actor and director, John Ruganda has played a leading role in the development of theatre in East Africa. He was closely associated with the Makerere Travelling Theatre and was a founder member of the short-lived Makonde Group in Kampala, and of the University of Nairobi's Travelling Theatre and the Nairobi University Players. He was Senior Fellow in Creative Writing at Makerere before joining the Department of Literature of the University of Nairobi.

The Floods is the study of the abuse of power by military dictatorships in contemporary Africa, and of the dehumanising effect that this has on both the power-drunk agents of the state and those of the oppressed who escape total liquidation at the hands of the former. The play also examines the inhibitory effects of class and privilege on personal relationships. And, most appositely, the setting for this contemporary classic is an imaginary island in Lake Victoria, Uganda.

"... a concerted exposure of all agents of death and destruction. The horror of our historical moments, which has witnessed the birth of such megalomaniacs as ldi Amin, is re-enacted raw and crude as a lesson to the future as the playwright gropes for new beginnings"— Africa

"John Ruganda... has written yet another masterpiece — a play so terrible and so good' — Theo Luzukkin the programme magazine for the first ever performance.

"John Ruganda... constructs his plays with extraordinary originality and his English is superbly forceful, pure and poetic:— Translated from Le Monde.