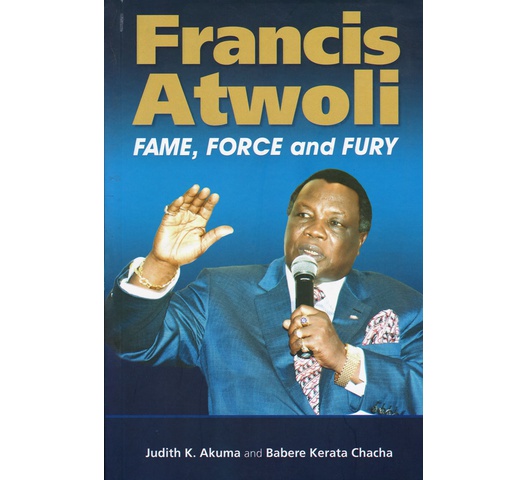 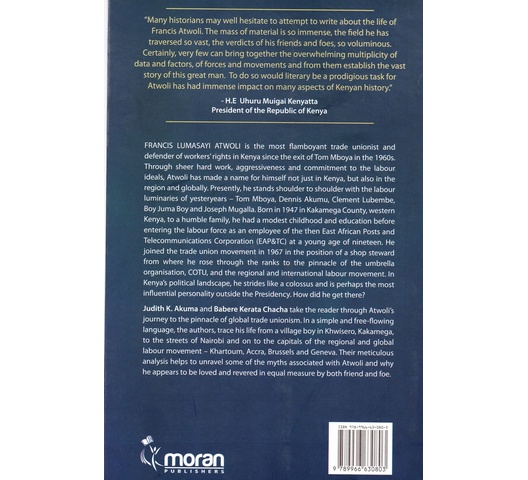 FRANCIS LUMASAYI ATWOLI is the most flamboyant trade unionist and defender of workers’ rights in Kenya since the exit of Tom Mboya in the 1960s. Through sheer hard work, aggressiveness, and commitment to the labour ideals, Atwoli has made a name for himself not just in Kenya, but also in the region and globally. Presently, he stands shoulder to shoulder with the labor luminaries of yesteryears - Tom Mboya, Dennis Akumu, Clement Lubembe, Boy Juma Boy and Joseph Mugalla. Born in 1947 in Kakamega County, western Kenya, to a humble family, he had a modest childhood and education before entering the labour force as an employee of the then East African Posts and Telecommunications Corporation (EAP&TC) at a young age of nineteen. He joined the trade union movement in 1967 in the position of a shop steward from where he rose through the ranks to the pinnacle of the umbrella organisation, COTU, and the regional and international labour movement. In Kenya's political landscape, he strides like a colossus and is perhaps the most influential personality outside the Presidency. How did he get there?

Judith K. Akuma and Babere Kerata Chacha take the reader through Atwoli’s journey to the pinnacle of global trade unionism. In a simple and free-flowing language, the authors, trace his life from a village boy in Khwisero, Kakamega, to the streets of Nairobi and on to the capitals of the regional and global labour movement - Khartoum, Accra, Brussels, and Geneva. Their meticulous analysis helps to unravel some of the myths associated with Atwoli and why he appears to be loved and revered in equal measure by both friend and foe.

“Many historians may well hesitate to attempt to write about the life of Francis Atwoli. The mass of material is so immense, the field he has traversed so vast, the verdicts of his friends and foes, so voluminous. Certainly, very few can bring together the overwhelming multiplicity of data and factors, of forces and movements and from them establish the vast story of this great man. To do so would literary be a prodigious task for Atwoli has had immense impact on many aspects of Kenyan history."

President of the Republic of Kenya