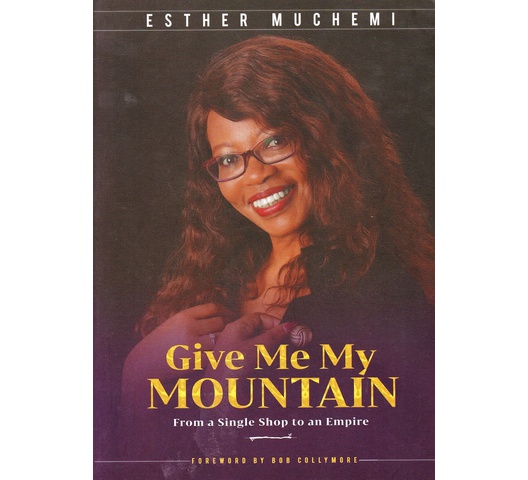 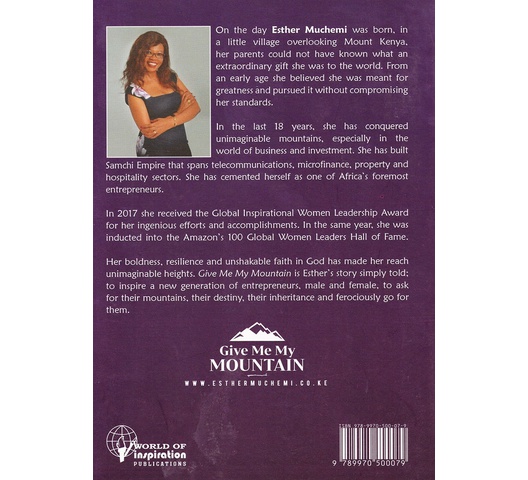 Give Me My Mountain

On the day Esther Muchemi was born, in a little village overlooking Mount Kenya, her parents could not have known what an extraordinary gift she was to the world. From an early age, she believed she was meant for greatness and pursued it without compromising her standards.

In the last 18 years, she has conquered unimaginable mountains, especially in the world of business and investment. She has built Samchi Empire that spans telecommunications, microfinance, property and hospitality sectors. She has cemented herself as one of Africa's foremost entrepreneurs.

In 2017 she received the Global Inspirational Women Leadership Award for her ingenious efforts and accomplishments. In the same year, she was inducted into the Amazon's 100 Global Women Leaders Hall of Fame.

Her boldness, resilience and unshakable faith in God has made her reach unimaginable heights. Give Me My Mountain is Esther's story simply told; to inspire a new generation of entrepreneurs, male and female, to ask for their mountains, their destiny, their inheritance and ferociously go for them.