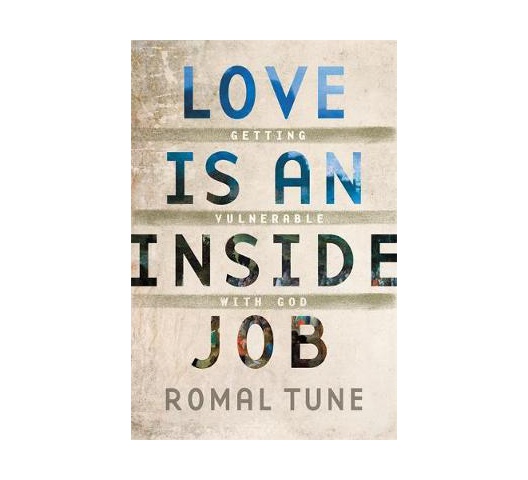 Love Is an Inside Job: Getting Vulnerable with God

Tune is the son of a drug-addicted single-parent mother, who herself, inherited deeply ingrained obstacles to self-love. He found his way out of poverty via the military. He graduated from Howard University and Duke School of Divinity. He was a minister, a sought-after speaker, and social entrepreneur. Outwardly, he was successful, an overcomer.

Yet, his past, hidden childhood trauma would sometimes revolt, causing self-sabotage that threatened to destroy the life he was creating. He worked hard to keep the emotional brokenness caused by the challenges of his upbringing carefully hidden -especially from the church.

His mother, with whom he successfully reconciled after she was finally free from addiction, died of lung cancer. Then he divorced--a second time.

Feeling like a failure, questioning his faith and will to live, he made a choice not to give up but to examine his life and seek counseling.

Romal learned that the pursuit of success was not the key to healing the inner turmoil but it was in learning to accept the love of God and learning to love the wounded child within.

His past pain was redeemed as self-worth and he finally found inner peace. No longer carrying the weight of secrets, guilt, and shame, he emerged emotionally free and more powerful than ever. His book will empower others to stop living a past driven present by healing their stories, embracing the love of God, and learning to truly love themselves.