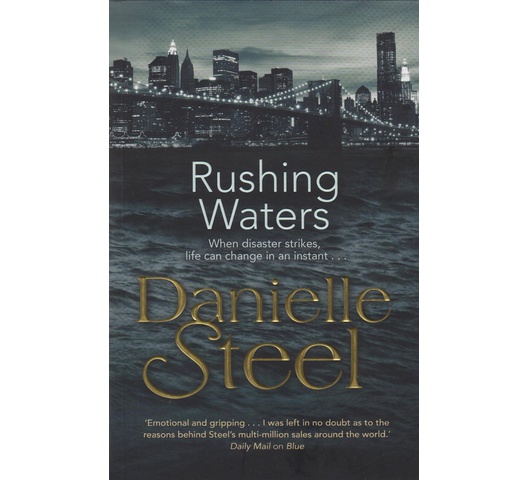 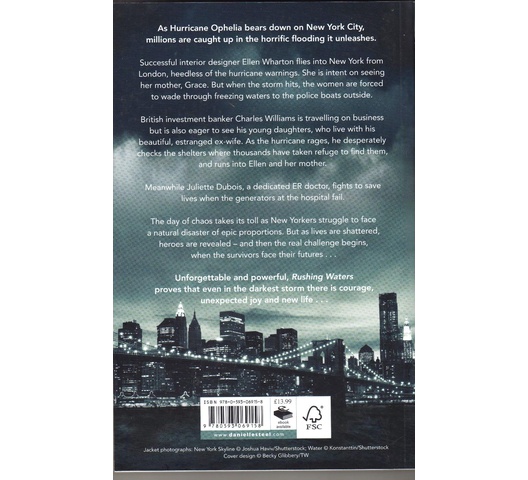 Hurricane Ophelia is bearing down on New York City. And in a matter of hours, six people, along with their families, friends, and millions of other New Yorkers living around them, will be caught up in the horrific flooding it unleashes.

Ellen Wharton has flown into New York from London, regardless of the weather and her husband’s worry. The successful interior designer is intent on seeing her lively architect mother and has an important personal appointment to keep. But despite Ellen’s urging, when the storm hits, seventy-four-year-old Grace Madison refuses to leave her Tribeca apartment in the midst of the evacuation zone, and they must eventually wade through chest-high water to the police boats outside.

British investment banker Charles Williams is travelling on business but is also eager to see his young daughters, who live with his beautiful, estranged ex-wife in SoHo. Desperate to find them, he checks the shelters where thousands have taken refuge and run into Ellen and her mother. Juliette Dubois, a dedicated ER doctor, fights to save lives when the generators at her hospital fail.

NYU students Peter Holbrook and Ben Weiss, living in a shabby downtown walkup, are excited by the adventure of the approaching hurricane, refuse to evacuate, and settle in with junk food and beer until their building threatens to collapse. Should they swim for it or not?

A day of chaos takes its toll. Lives, belongings, and loved ones are swept away. Heroes are revealed as the city and New Yorkers struggle to face a natural disaster of epic proportions. And then the real challenge begins, as the survivors face their futures, with damage to repair and scars to heal.

Keenly observed and brilliantly told, this is an unforgettable story that proves that while life can change in an instant, even the darkest storm can bring forth courage, resilience, unexpected joy, and new life. And it reminds us all that nature, at its fiercest, is a powerful force nothing and no one can resist.