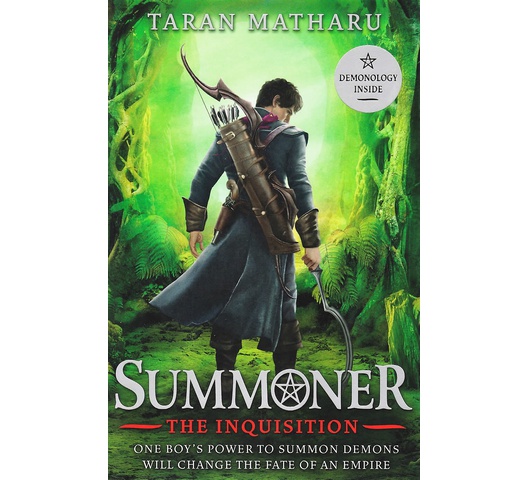 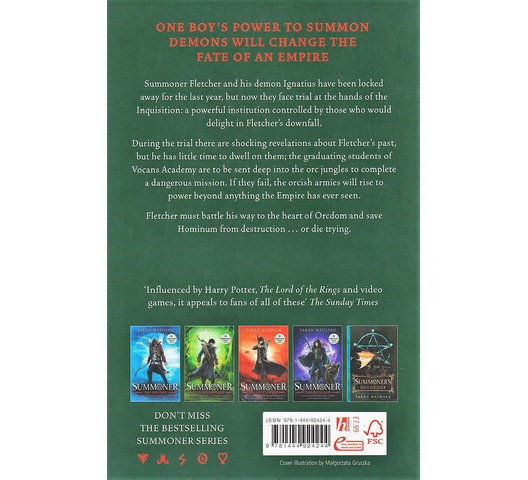 Summoner Fletcher and his demon Ignatius have been locked away for the last year, but now they face trial at the hands of the Inquisition: a powerful institution controlled by those who would delight in Fletcher's downfall.

During the trial, there are shocking revelations about Fletcher's past but he has little time to dwell on them; the graduating students of Vocans Academy are to be sent deep into the orc jungles to complete a dangerous mission. If they fail, the orcish armies will rise to power beyond anything the Empire has ever seen.

Fletcher must battle his way to the heart of Orcdom and save Hominum from destruction ... or die trying.

â€˜Influenced by Harry Potter, The Lord of the Rings and video games, it appeals to fans of all of theseâ€™