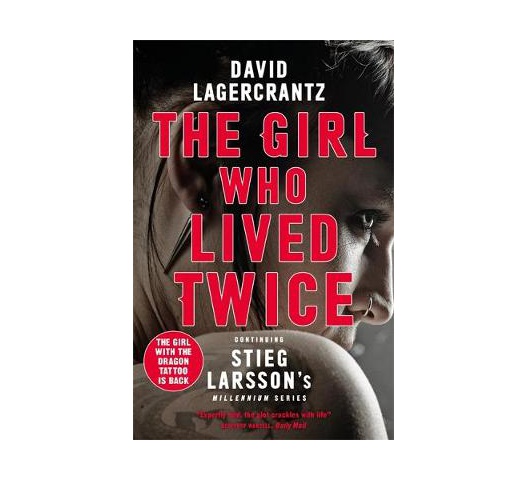 The Girl Who Lived Twice (B66KS)

**THE GIRL WITH THE DRAGON TATTOO IS BACK!**

THE GIRL WITH THE DRAGON TATTOO HAS FRESH OUTRAGE TO AVENGE

As Salander follows the scorched trail of her twin sister to Moscow, Blomkvist fears for her safety.

He should, perhaps, be more concerned for himself. The murder of a homeless man on the streets of Stockholm has drawn him into a conspiracy that scales the heights of Everest and plunges to the depths of Russia's criminal underworld.

And now Lisbeth will face her nemesis. For the girl with the dragon tattoo, the personal is always political - and ultimately deadly.

Translated from the Swedish by George Goulding