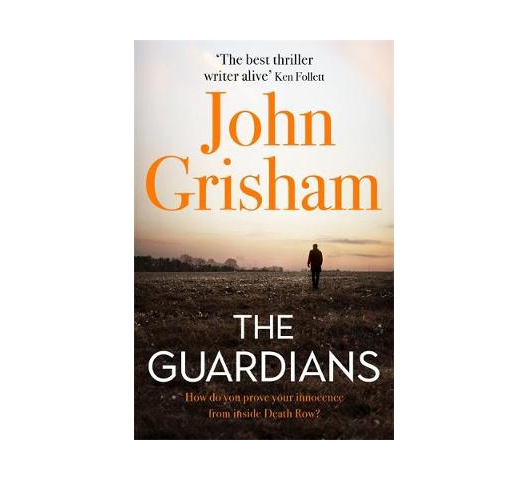 The Guardians S.B - How Do You Prove Your Innocence from Behind Bars? by Grisham

22 years ago Quincy Miller was sentenced to life without parole. He was accused of killing Keith Russo, a lawyer in a small Florida town. But there were no reliable witnesses and little motive. Just the fact that Russo had botched Quincy's divorce case, that Quincy was black in a largely all-white town and that a blood-splattered torch was found in the boot of Quincy's car. A torch he swore was planted. A torch that was conveniently destroyed in a fire just before his trial.

The lack of evidence made no difference to judge or jury. In the eyes of the law, Quincy was guilty and, no matter how often he protested his innocence, his punishment was life in prison.

Finally, after 22 years, comes Quincy's one and only chance of freedom. An innocent lawyer and minister, Cullen Post, takes on his case. Post has exonerated eight men in the last ten years. He intends to make Quincy the next.

But there were powerful and ruthless people behind Russo's murder. They prefer that an innocent man dies in jail rather than one of them. There's one way to guarantee that. They killed one lawyer 22 years ago, and they'll kill another without a second thought.

'I couldn't help thinking of Harper Lee's great American novel To Kill a Mockingbird while reading The Reckoning . . . [Grisham] knows how to spin a yarn' - Chicago Sun-Times

'In this saga of love and war, John Grisham has given us a sprawling and engrossing story about a southern family, a global conflict, and the kinds of secrets that can shape all of us. From the courtrooms and jails of rural Mississippi to the war-torn Pacific, Grisham spins a tale that is at once entertaining and illuminating' - Jon Meacham, New York Times bestselling author of The Soul of America

'John Grisham is the master of legal fiction, and his latest starts with a literal bang - and then travels backward through the horrors of war to explore what makes a hero, what makes a villain, and how thin the line between the two might be' - Jodi Picoult, internationally bestselling author of A Spark of Light and Small Great Things