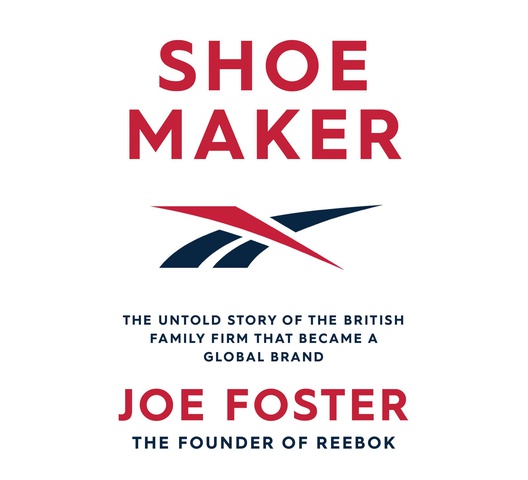 Shoemaker: The Untold Story of the British Family Firm that Became a Global Brand

Since the late 19th century, the Foster family had been hand-making running shoes, supplying the likes of Eric Liddell and Harold Abrahams - later immortalised in the film Chariots of Fire - as well as providing boots to most Football League clubs. But a family feud between Foster's father and uncle about the direction of their business led to Joe and his brother Jeff setting up a new company, inspired by the success of Adidas and Puma, and so Reebok was born.

At first, money was so short that Joe and his wife had to live in their rundown factory, while the machinery that made the shoes was placed around the edge of the floor, because it was so weak it could have collapsed if they'd been positioned in the middle. But, from this inauspicious start, a major new player in the sports equipment field began to emerge, inspired by Joe's marketing vision. By the 1980s, Reebok had become a global phenomenon, when they were the first to latch onto the potential of the aerobics craze inspired by Jane Fonda. Soon, Reeboks were being seen on Hollywood red carpets and even in the film Aliens, where Sigourney Weaver wore a pair of Reebok Alien Stompers.

Like the international bestseller Shoe Dog, by Nike's Phil Knight, Shoemaker is a powerful tale of triumph against all the odds, revealing the challenges and sacrifices that go into creating a world-beating brand; it is also the story of how a small local business can transform itself, with the right products and the right vision, into something much, much bigger.